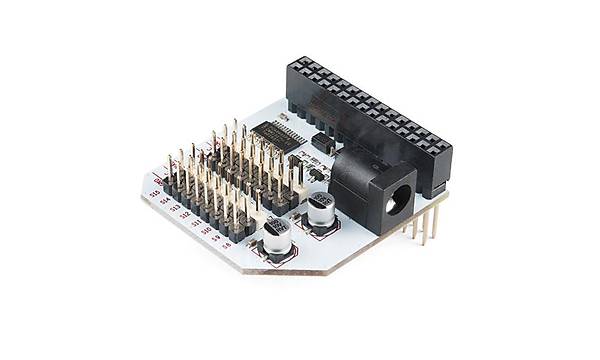 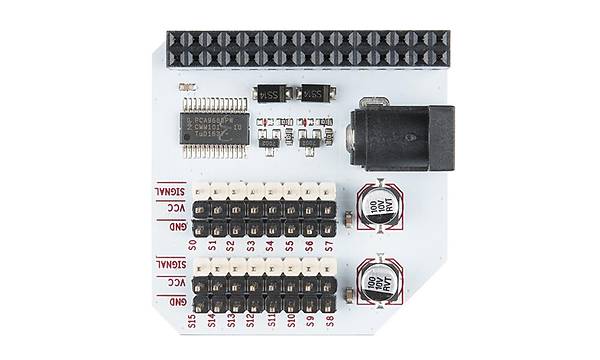 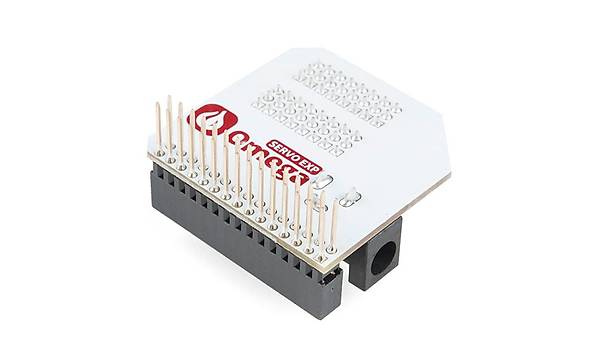 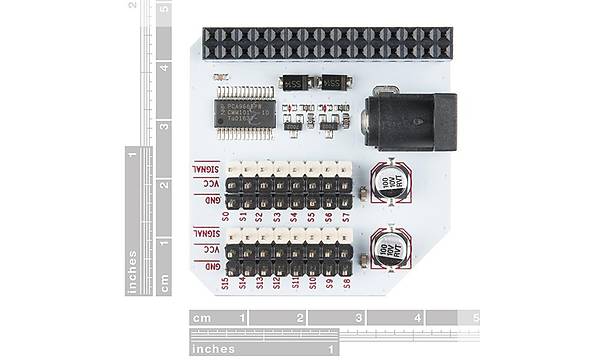 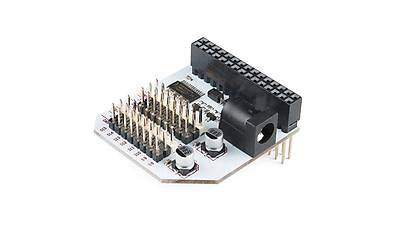 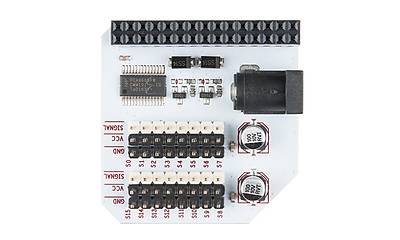 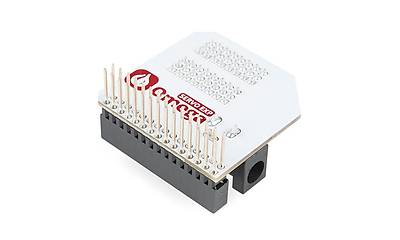 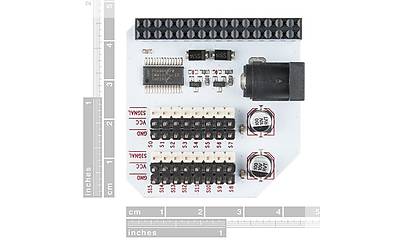 The Servo Expansion Board adds 16 PWM (Pulse Width Modulation) outputs to your Omega. With this expansion, you will be able to get started with your project quickly by connecting standard servos directly to the onboard 3-pin connectors. You can use this little board for anything with moving parts, such as robotics or driving DC motors. You can also make a light show with LEDs by controlling their brightness!

Each Servo Expansion Board has a built-in oscillator that is used to generate PWM signals with frequencies in the range of 24Hz to 1526Hz. The generated PWM signals are free running, so once you set the desired duty cycle of a channel, the signal will be continuously generated without any further commands. Each of the PWM channels are programmed independently to desired duty cycles or all at once to the same duty cycle. A single command can disable the oscillator’s output to quickly disable all of the PWM outputs at once.

Power the Servo Expansion by plugging it into a dock that will supply 5V to the 16 PWM channels, which should be enough power for a multitude of LEDs or a few servos under a light load. If you’re using more than two servos or a few really powerful one, there is an included DC barrel jack adapter on the expansion board to accept a separate power supply. The PWM signal will be stepped up to the voltage coming in from the barrel jack. The Omega and dock’s 5V line is isolated from the DC barrel jack for protection, so you’ll still have to provide power to your Omega.

The Onion Omega boards we carry are separated into three different categories: Mainboard, Dock and Expansion Board. This board falls into the Expansion Board category, meaning you will need an Omega Dock that is equipped with a 30-pin Expansion Header like the Expansion Dock or Arduino Dock R2.